The Milton Benevolent Cemetery was used for burials even before the town's designation as the seat of the newly formed county in 1843. The Courthouse burned in 1869 destroying all records, but the earliest recorded burials are an infant in 1834 and a young girl in 1837, followed by a couple more burials in the 1840's.

Interment followed the colonial practice of orienting the foot of the graves eastward to allow for arising on the day of final judgment.

The cemetery was privately owned until 1888, when the newly formed Milton Benevolent Cemetery Board purchased the sixteen acres for $100. This reflected the national "benevolent movement," which encouraged park ­like cemeteries. Volunteer trustees used money from plot sales to maintain the grounds. The Ladies Civic League paid for a sidewalk to the cemetery from downtown in 1913, and most likely added the brick entrance at that time.

The cemetery reflects the community it served, with mill owners and captains buried next to laborers and shipwrights. 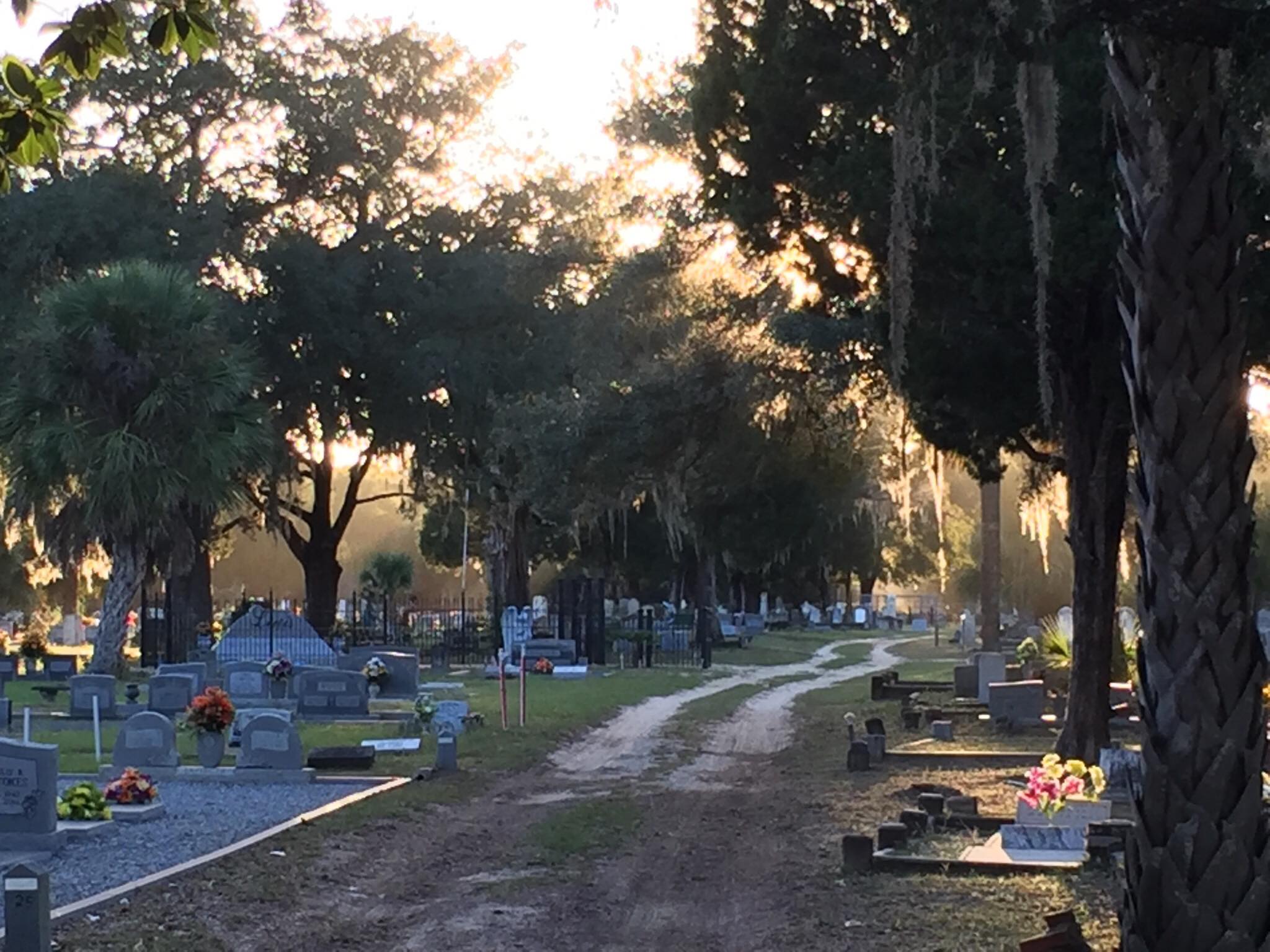 The headstones tell the story of the town: the dreaded recurrence of yellow fever that took mostly children, often from the same family within days of each other; and the dangers of childbirth with women buried next to their babies. The town's earliest settlers are here along with their descendants. There is one Revolutionary War veteran, and 43 Confederate veterans, although none were killed in the many skirmishes that took place in the streets of Milton. Also interred are two Union soldiers. One unfortunate woman was buried in an unmarked grave, after being executed in the electric chair at Sing Sing Prison for the murder of a toddler and its mother.

Over the years, the trustees dwindled to only one, F.M. Fisher. After many years of a  sole proprietorship, he asked the City to take over the property. A new volunteer Board of Trustees was formed in 2002 and continues to operate as a non-profit association with its own bylaws. A recent donation of neighboring land expanded the boundaries, allowing for future growth.

View records for the cemetery (PDF).

The following map is a map of the Sections of the Cemetery.  Click on the above link for a listing of the current Cemetery Records and then one of the columns will list the Section where the record is found. 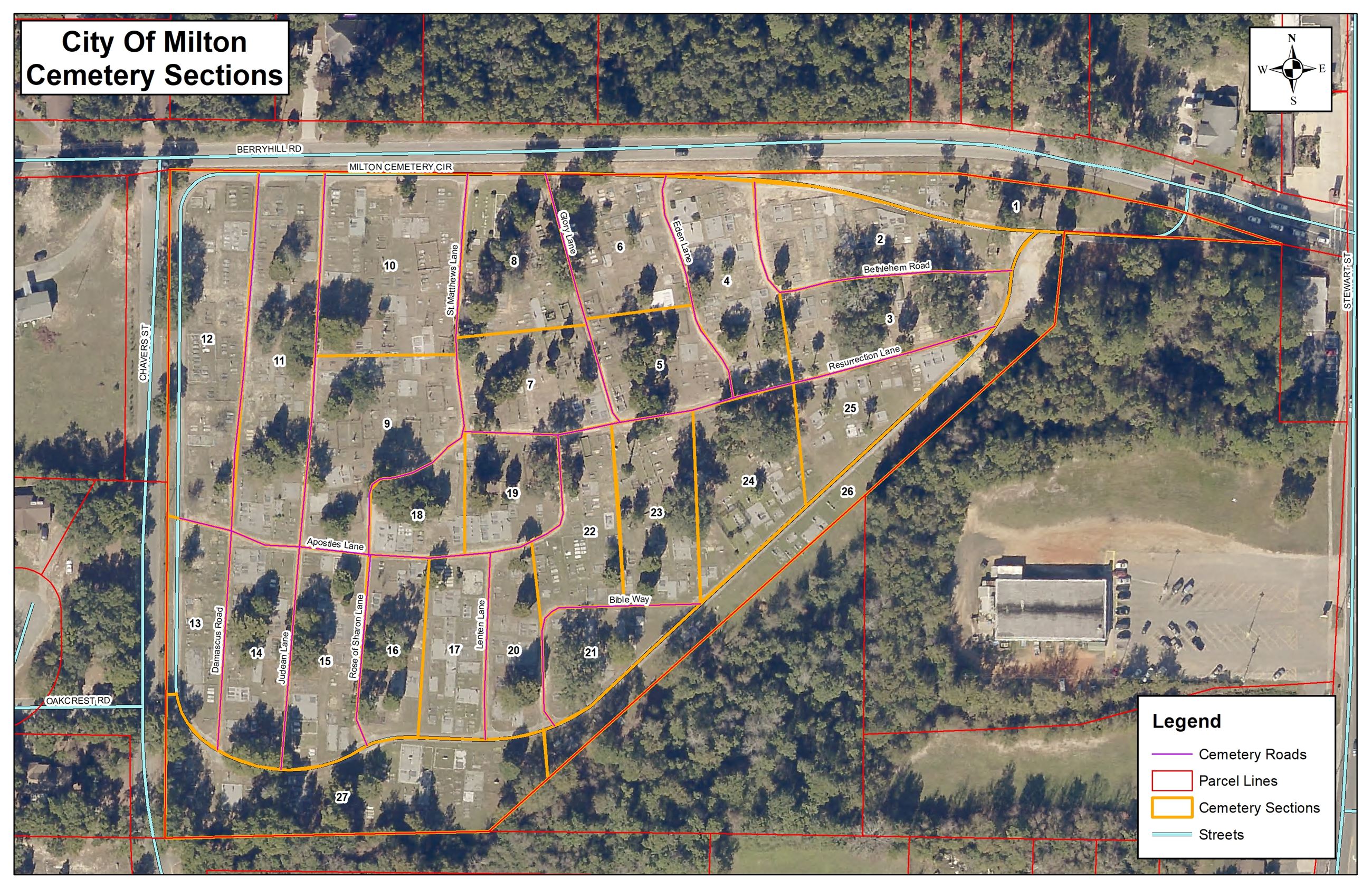